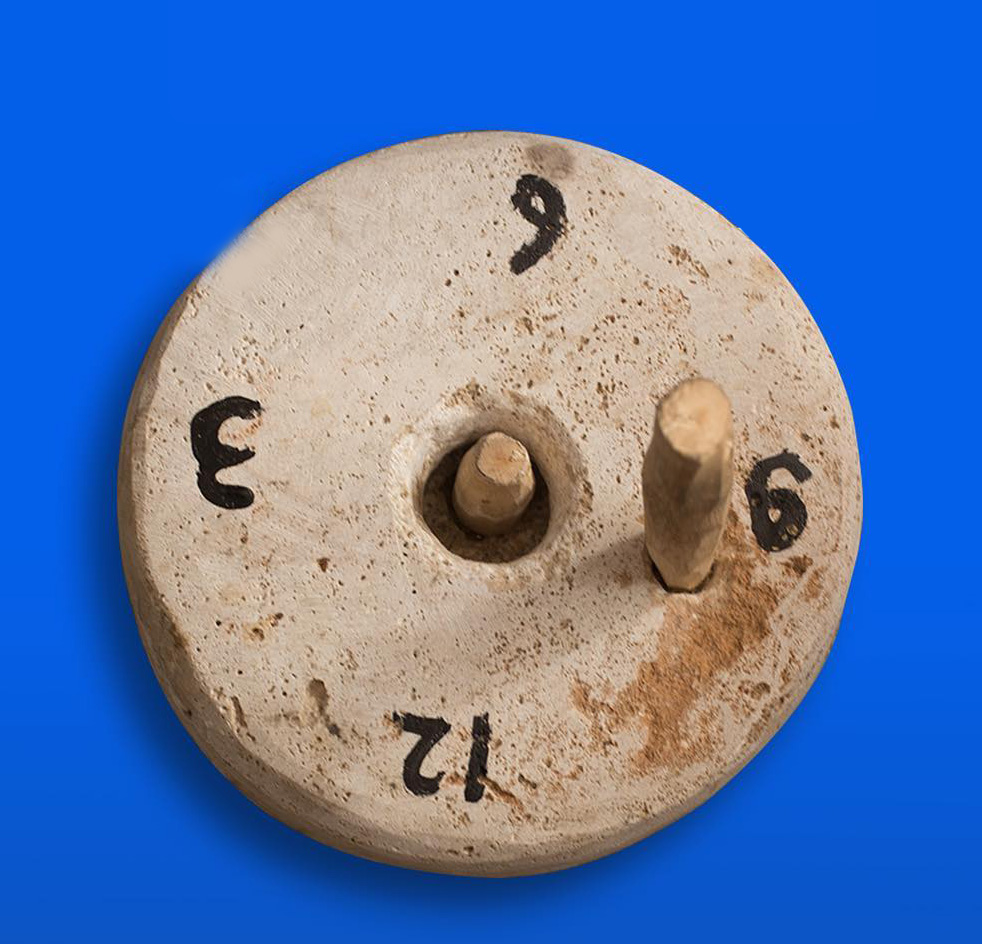 The first day of this show had contained two parts, the show itself and then an arranged discussion by some females. Five different works were presented at this show. Each work has been researched and arranged for by the artist however, at that stage the artists' names were removed to be totally anonymous, but all these five works were presented in the name of the group These People Are working. That works were a consequence of many sessions with those artists. As well, many workshops, face to face classes and open discussions had contributed to this project. Meanwhile, converging many other jobs together in one platform and randomly assessing was not easy work. All tried their best to access their goal 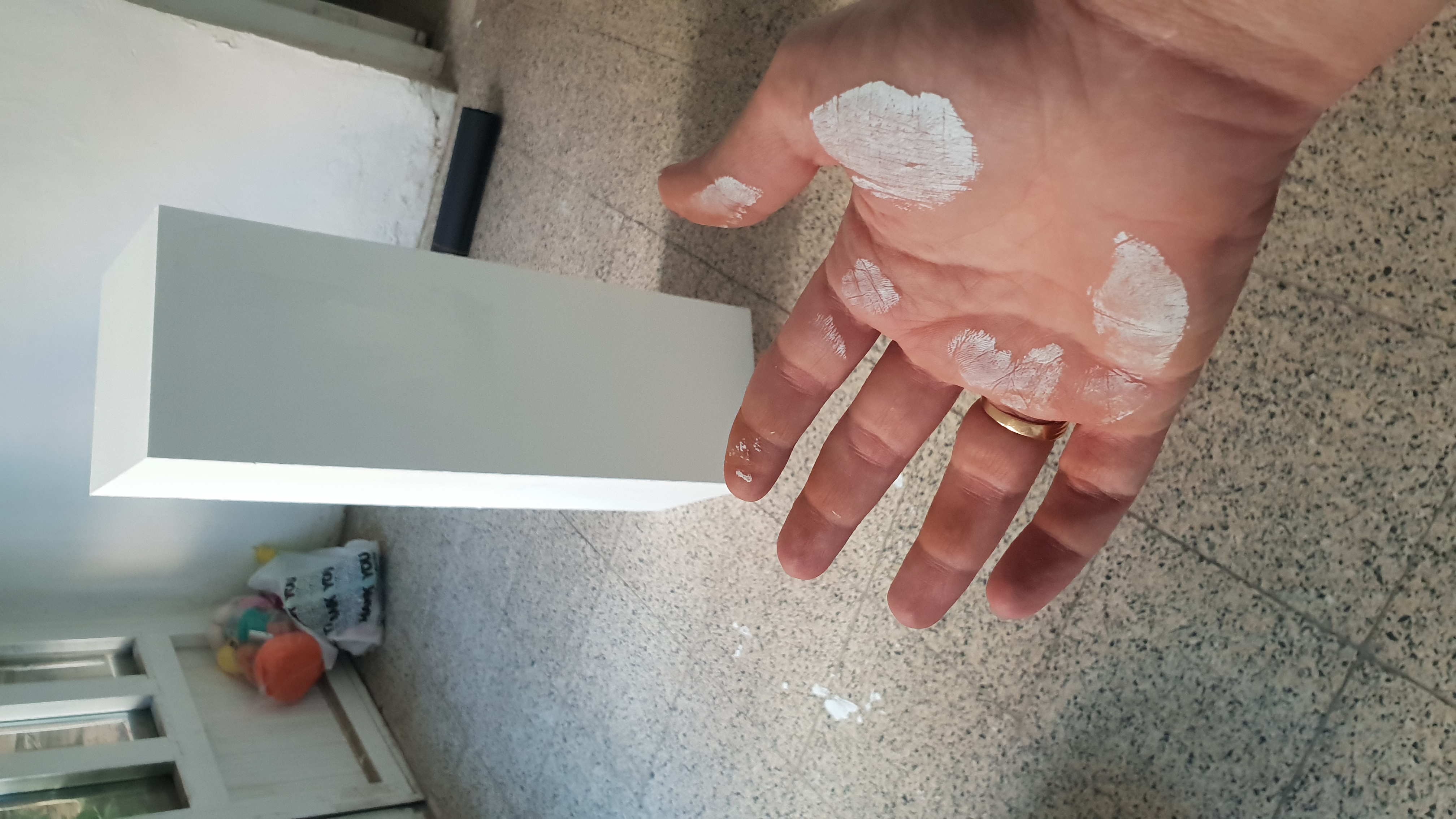 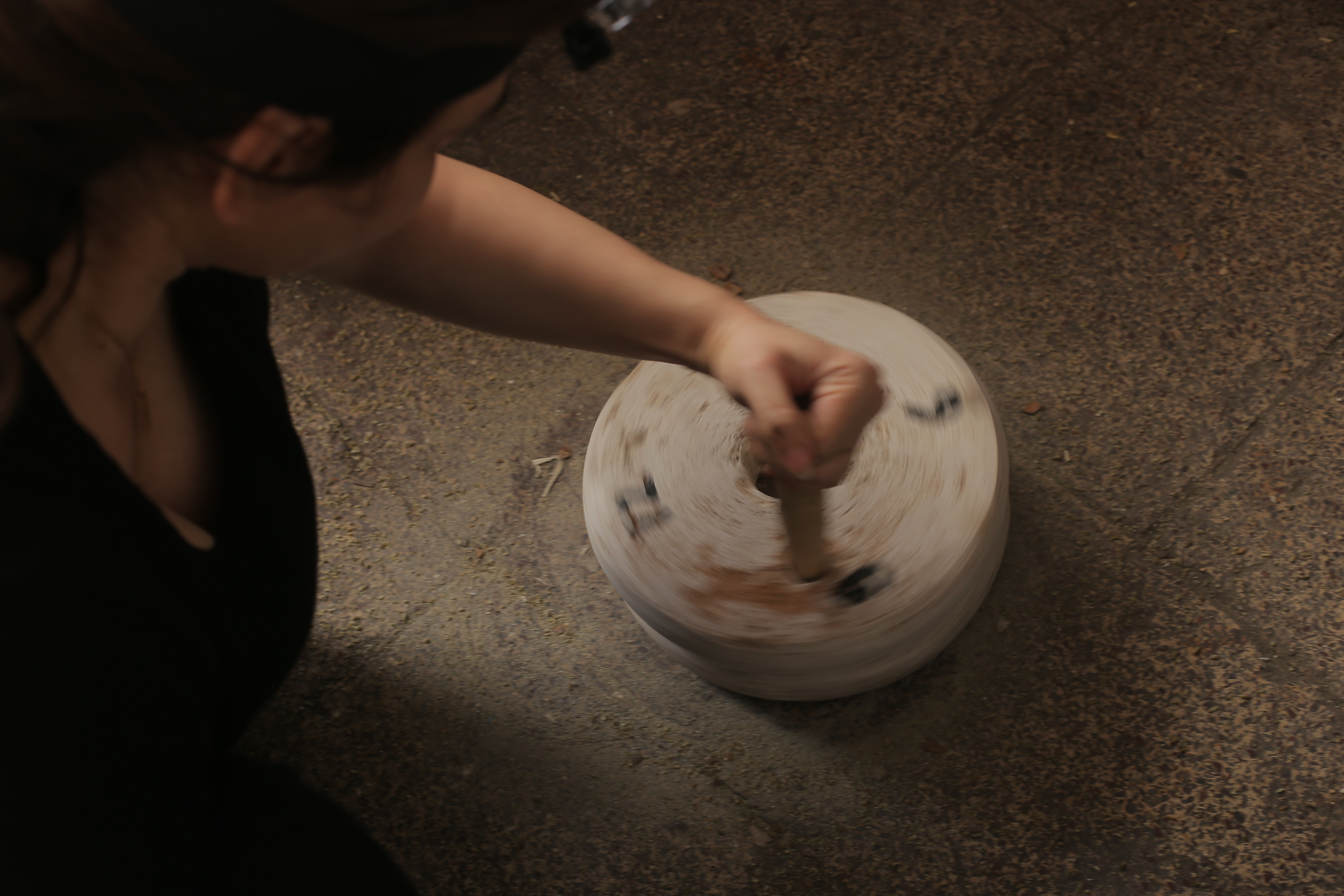 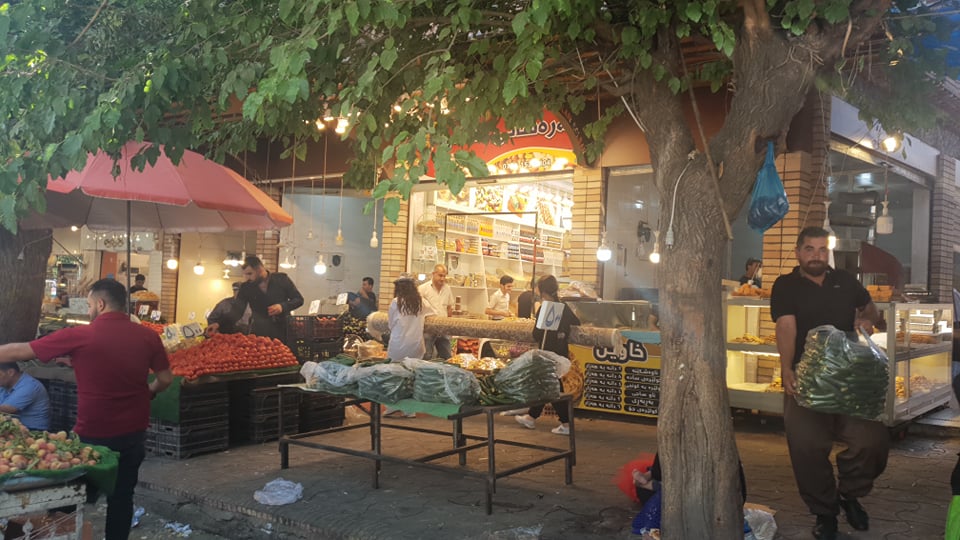 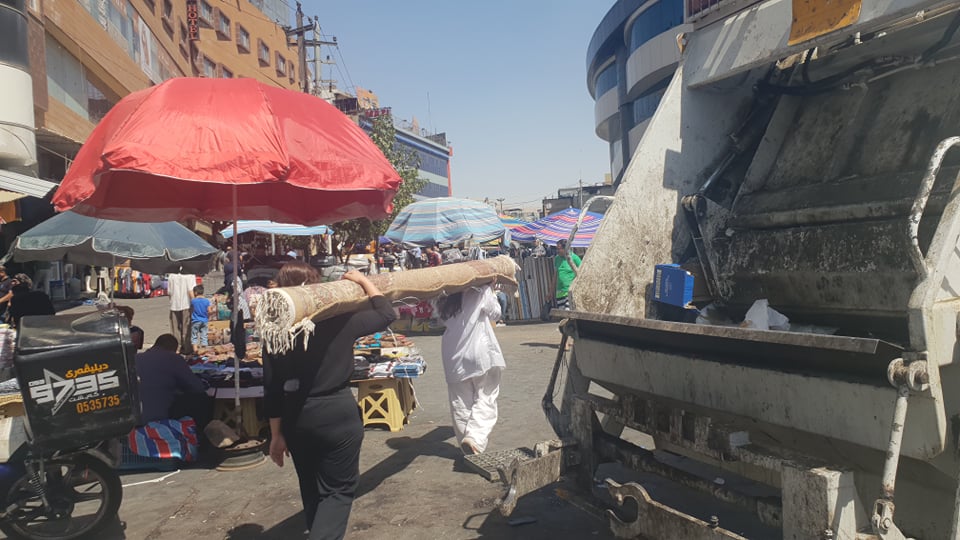 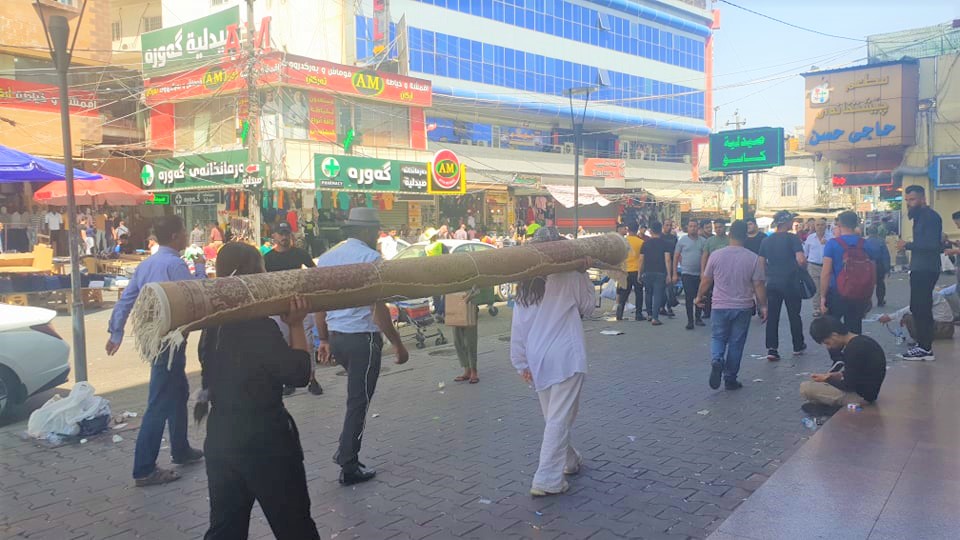 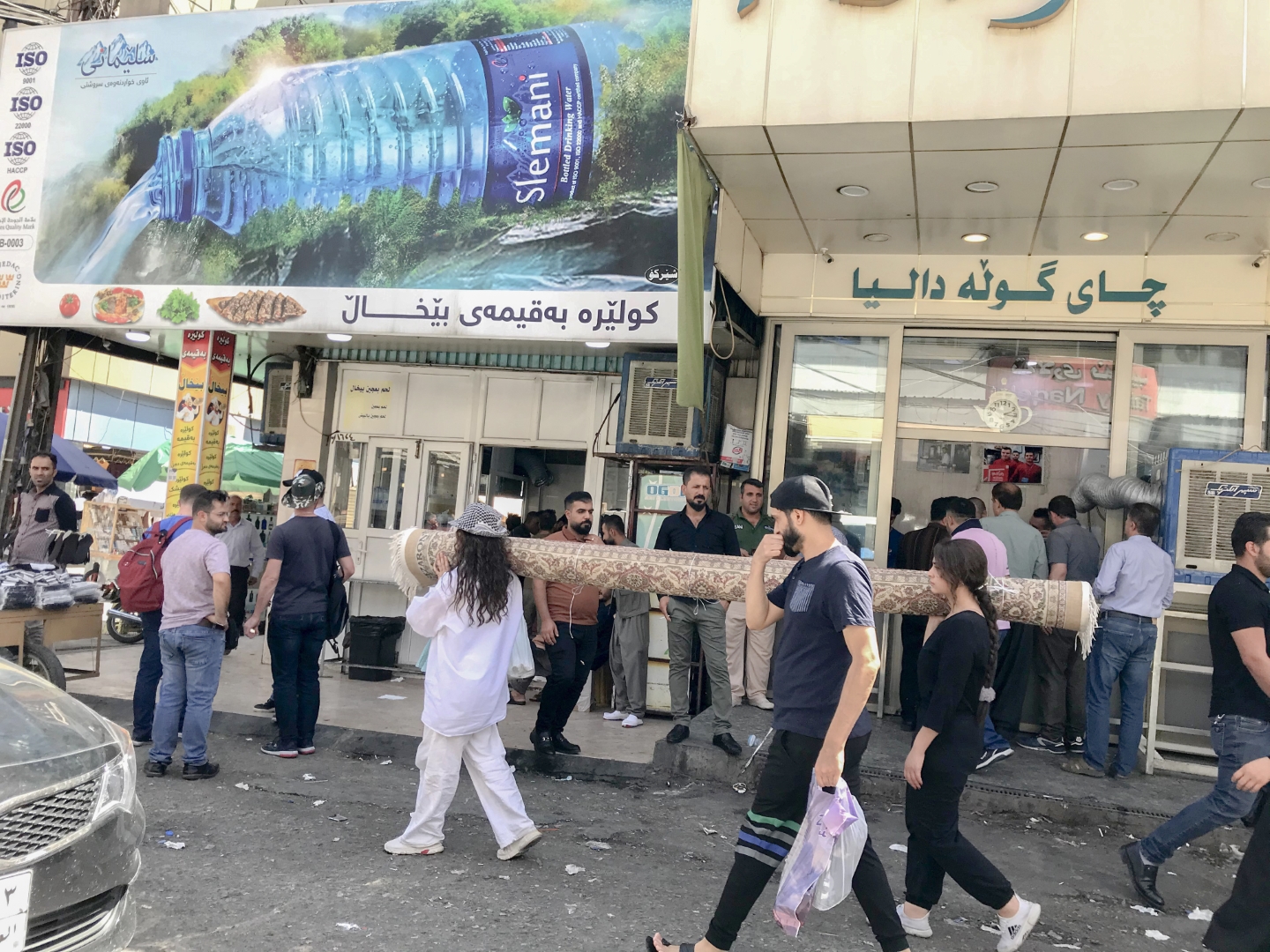 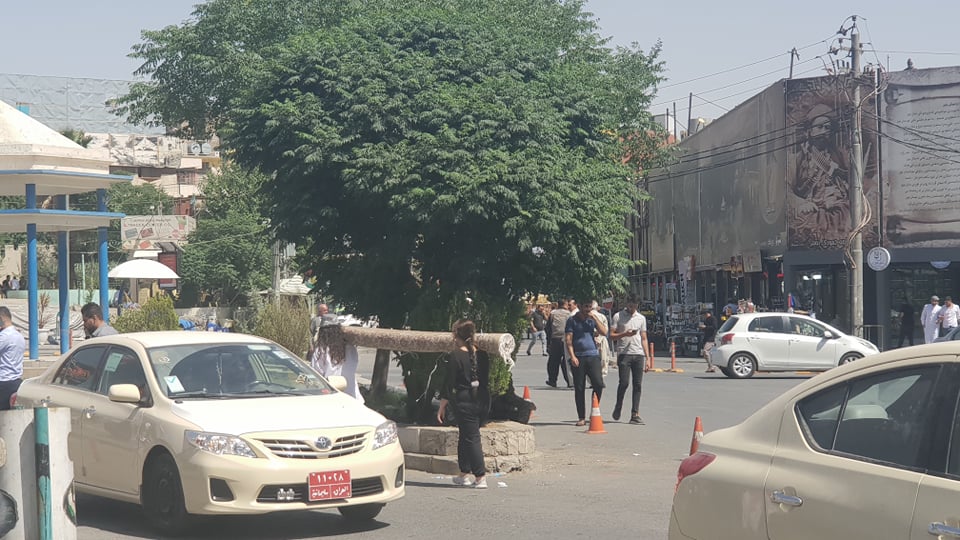 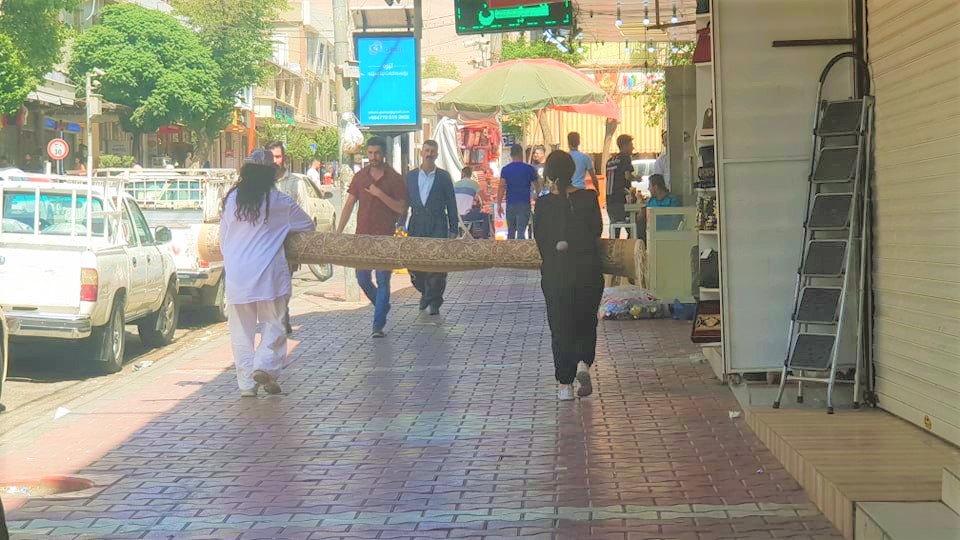 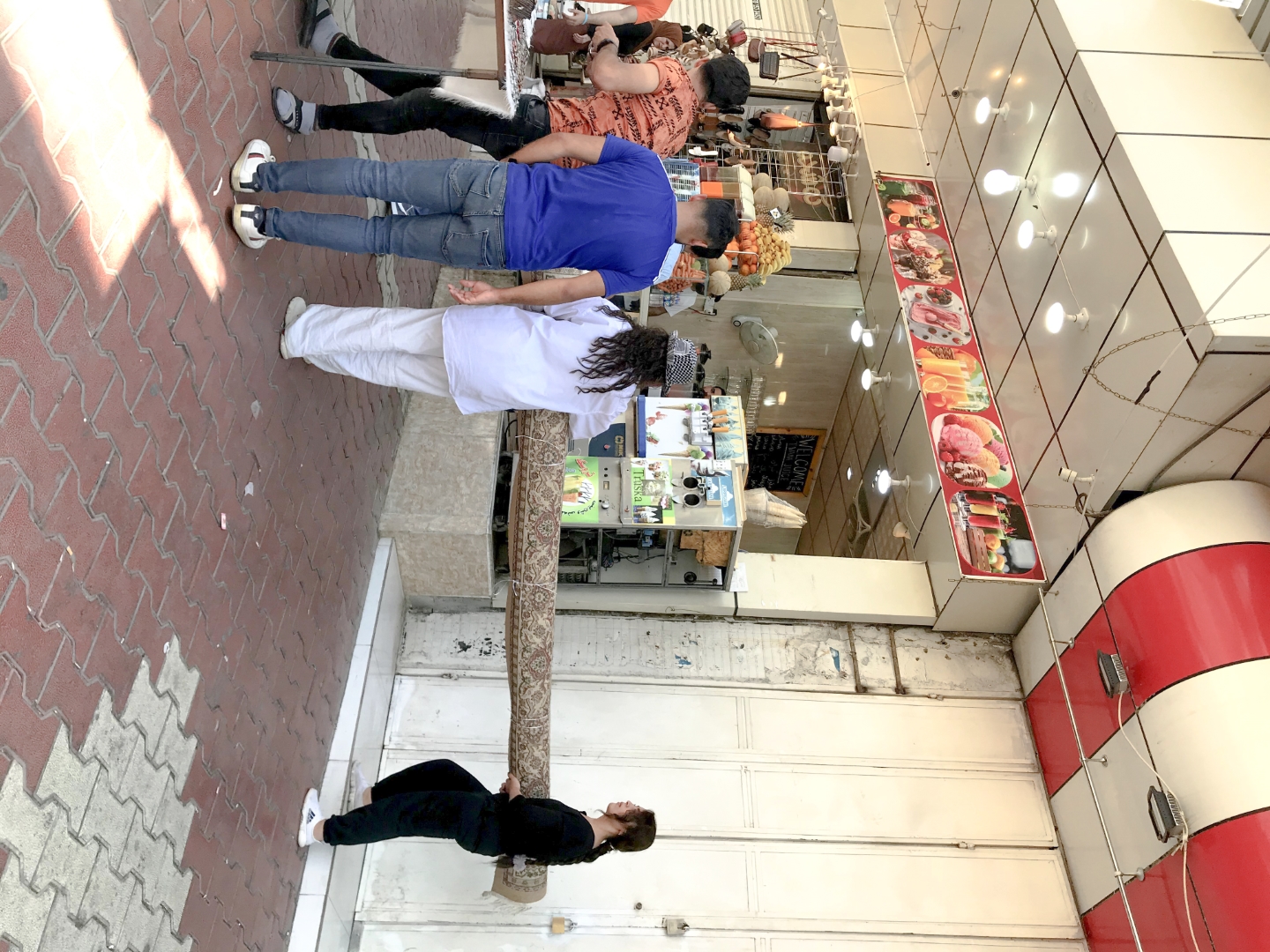 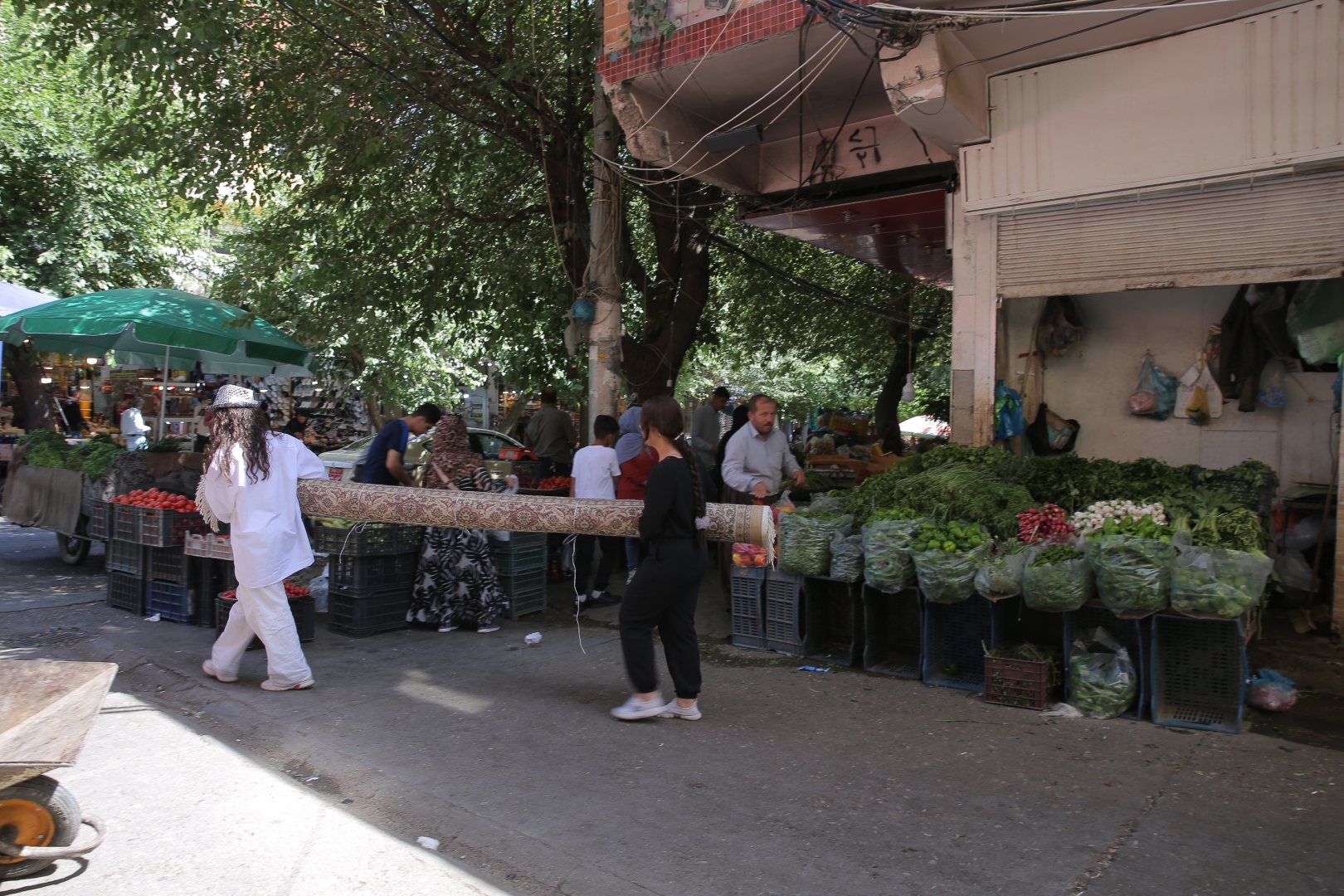 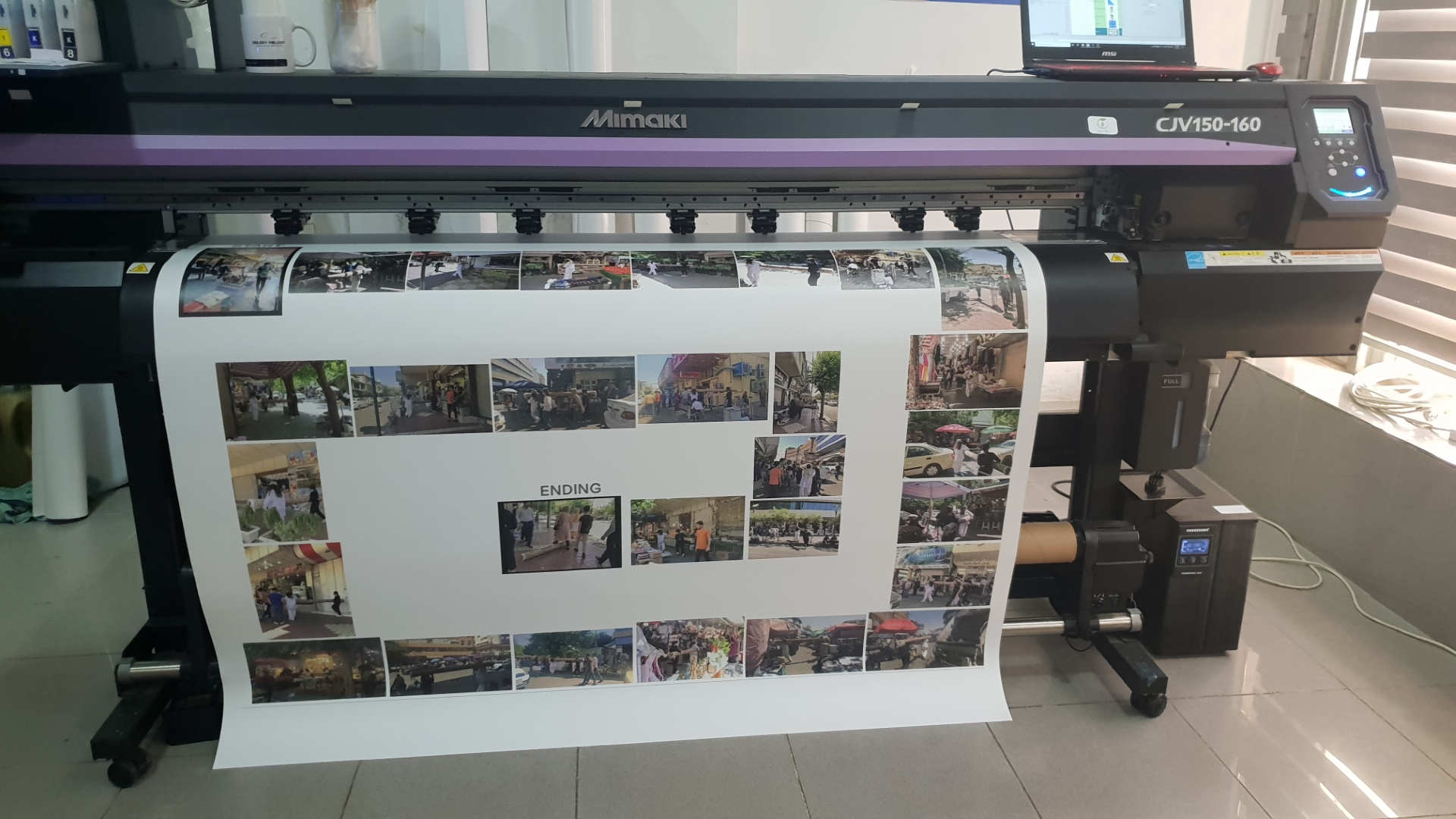 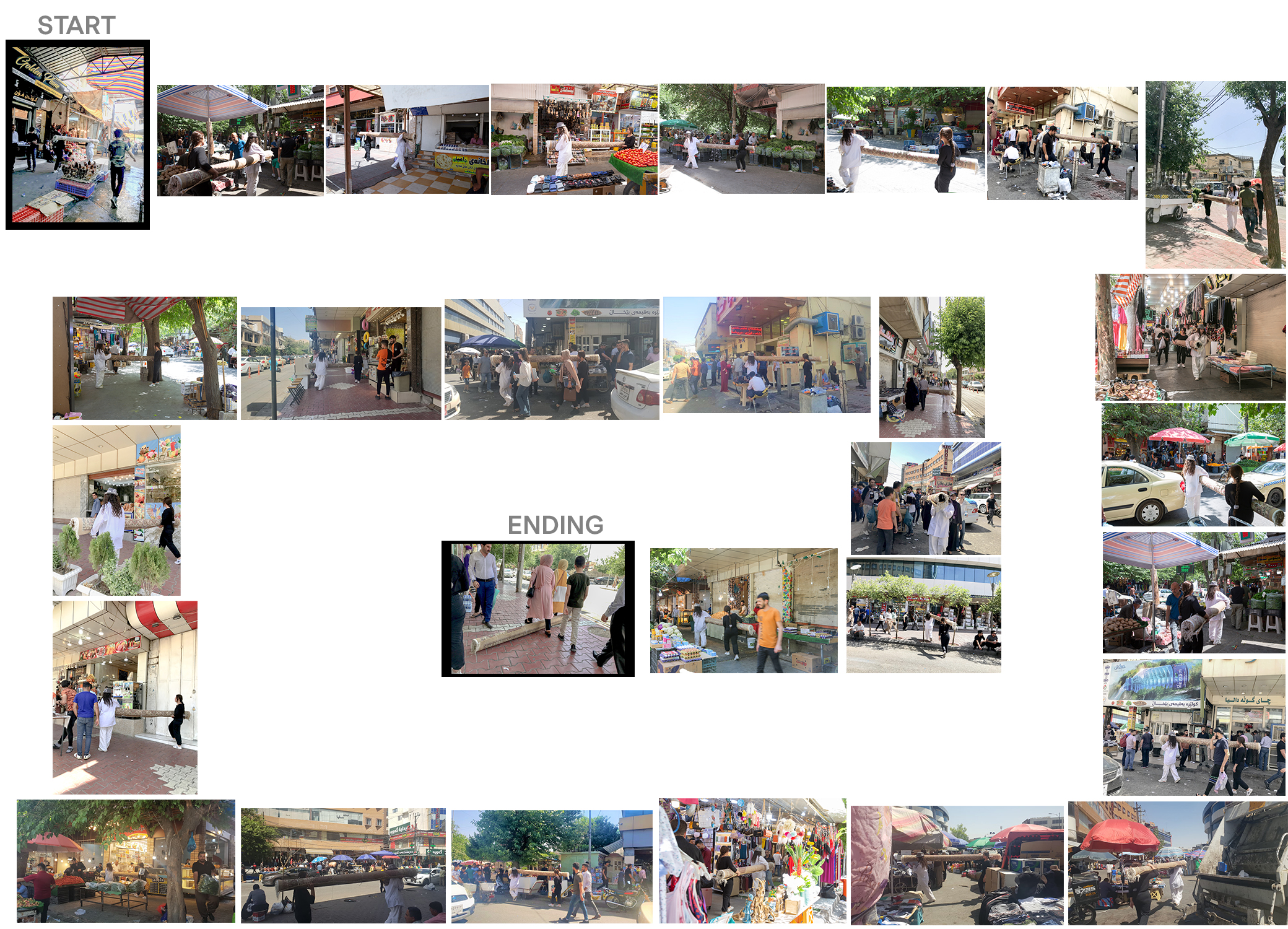 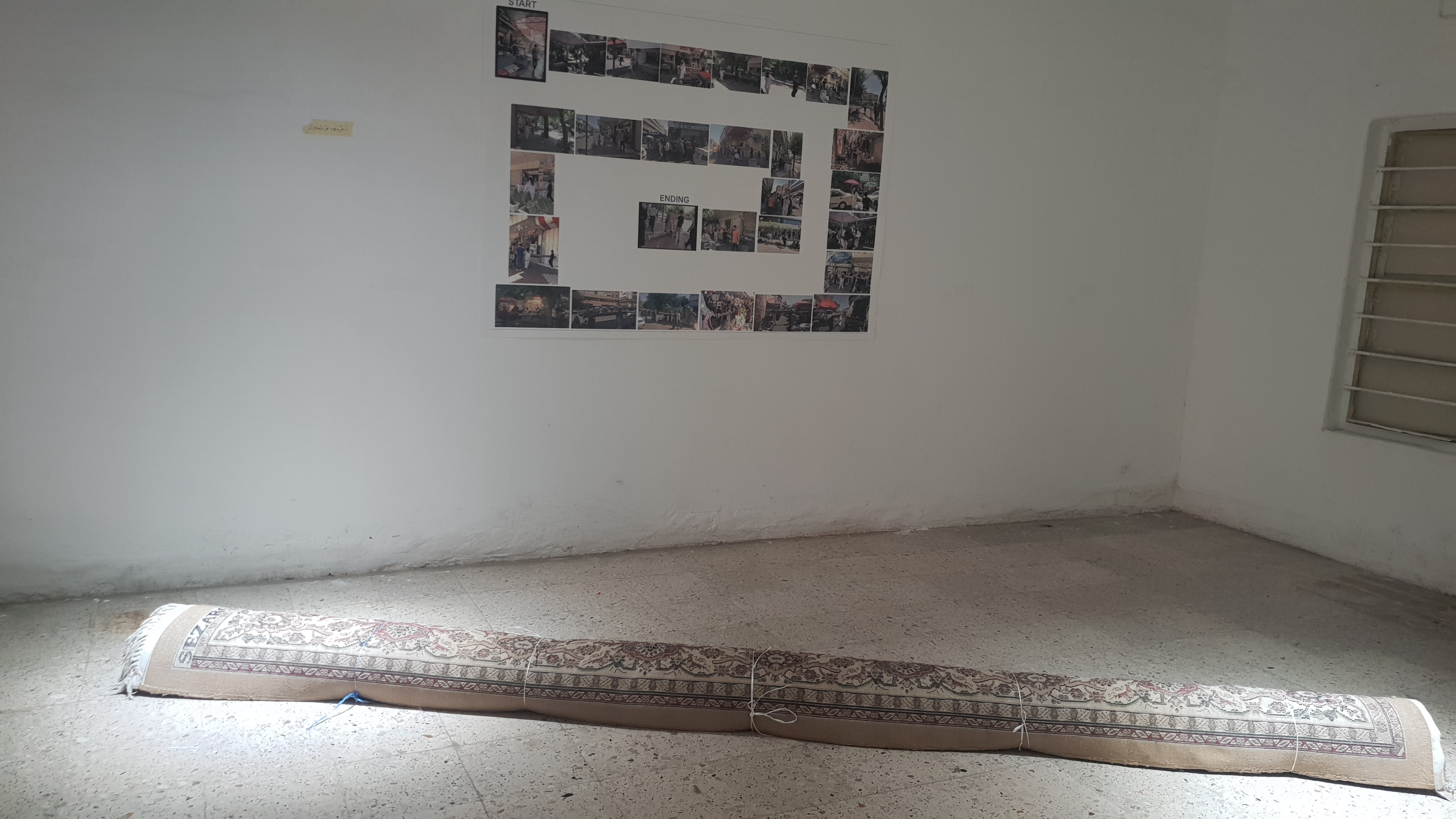 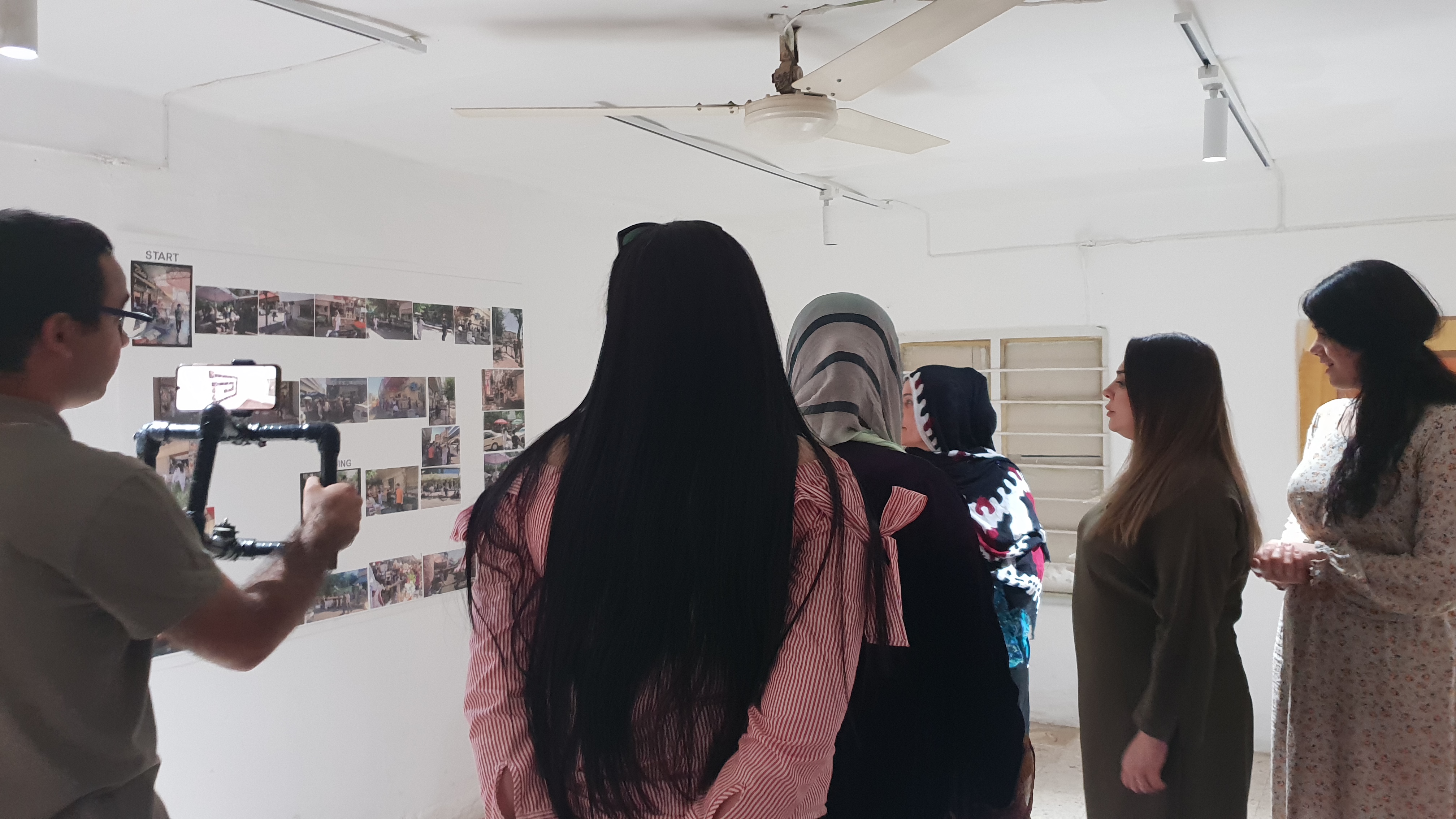 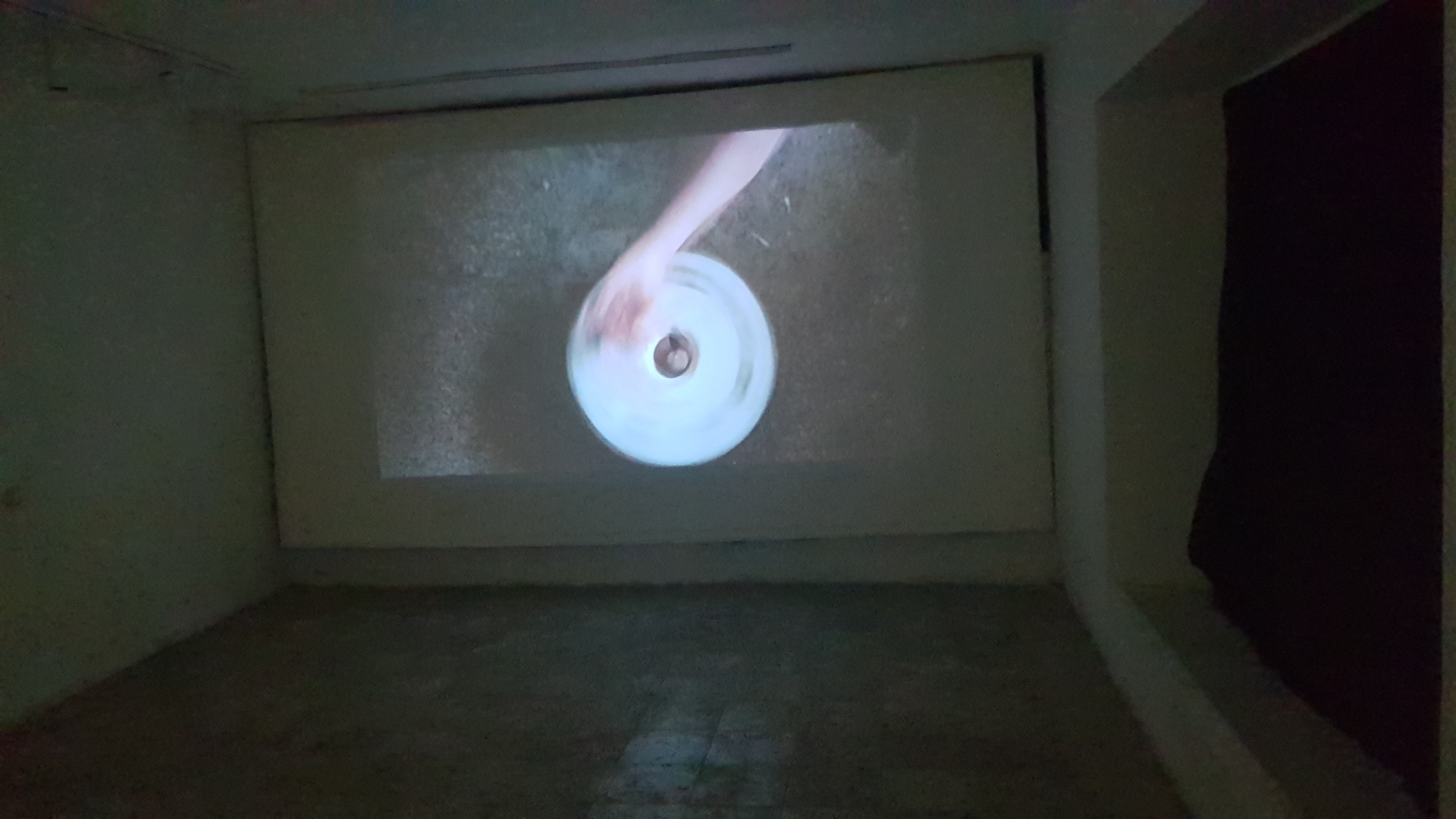 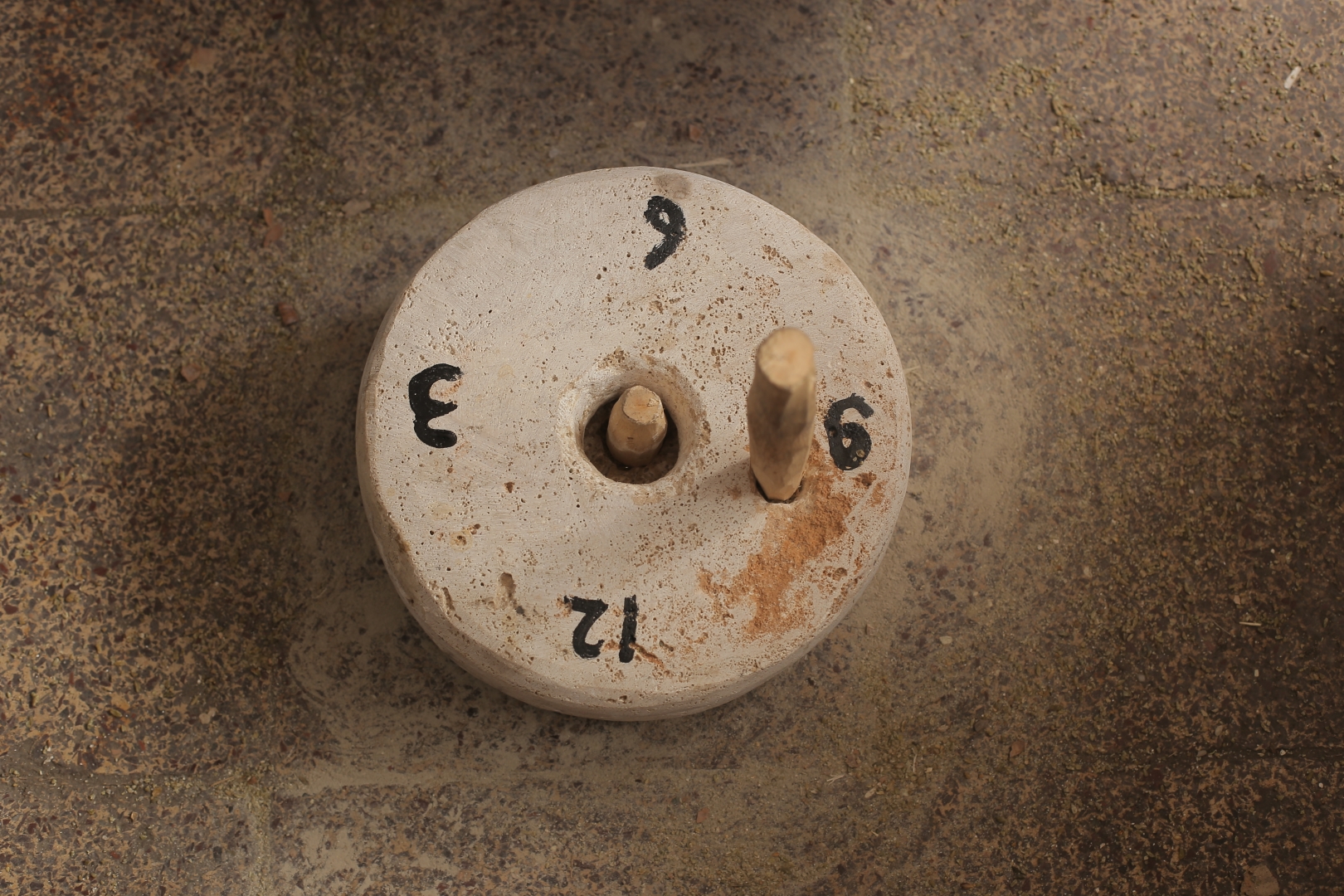 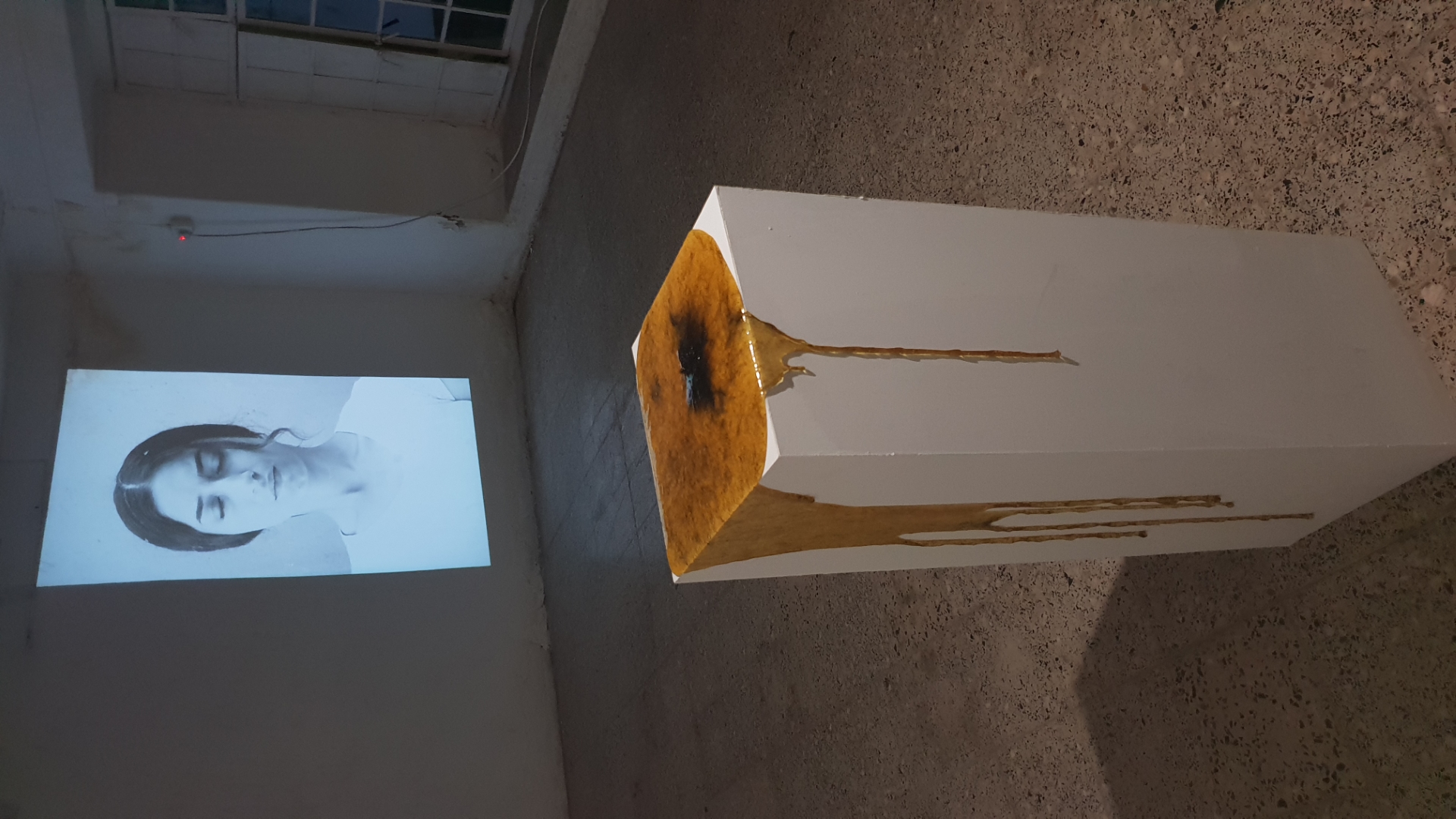 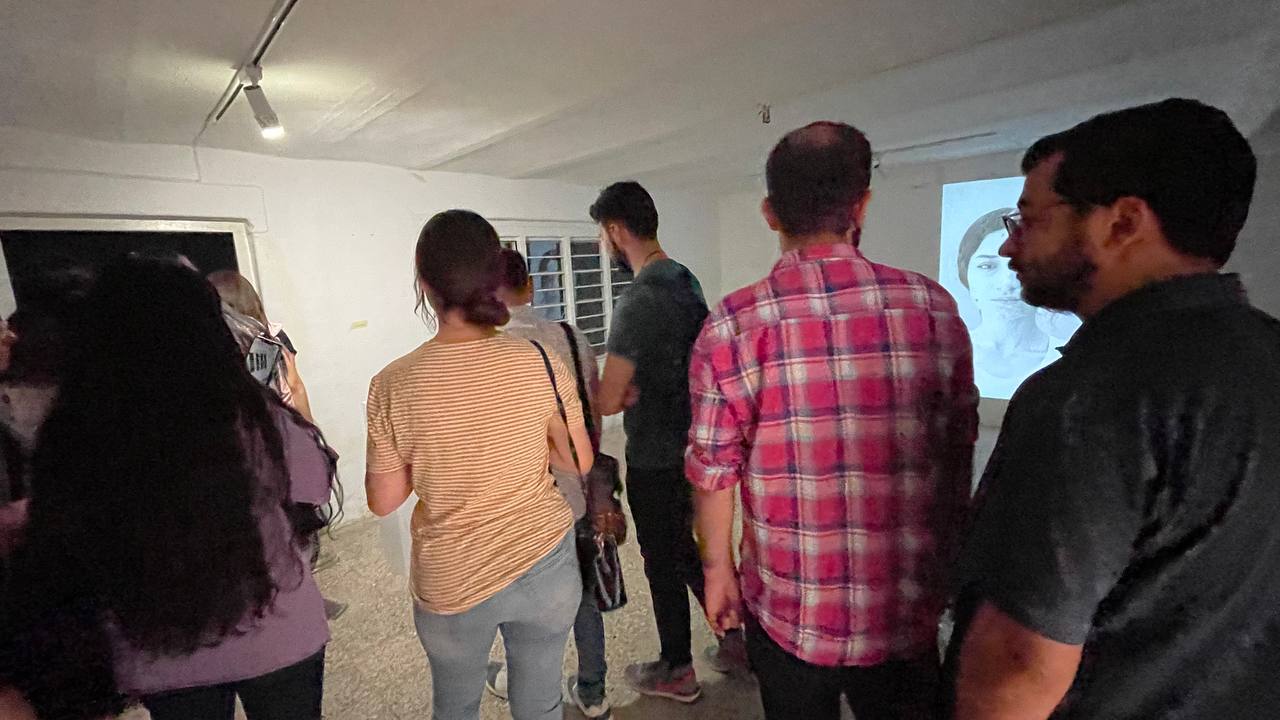 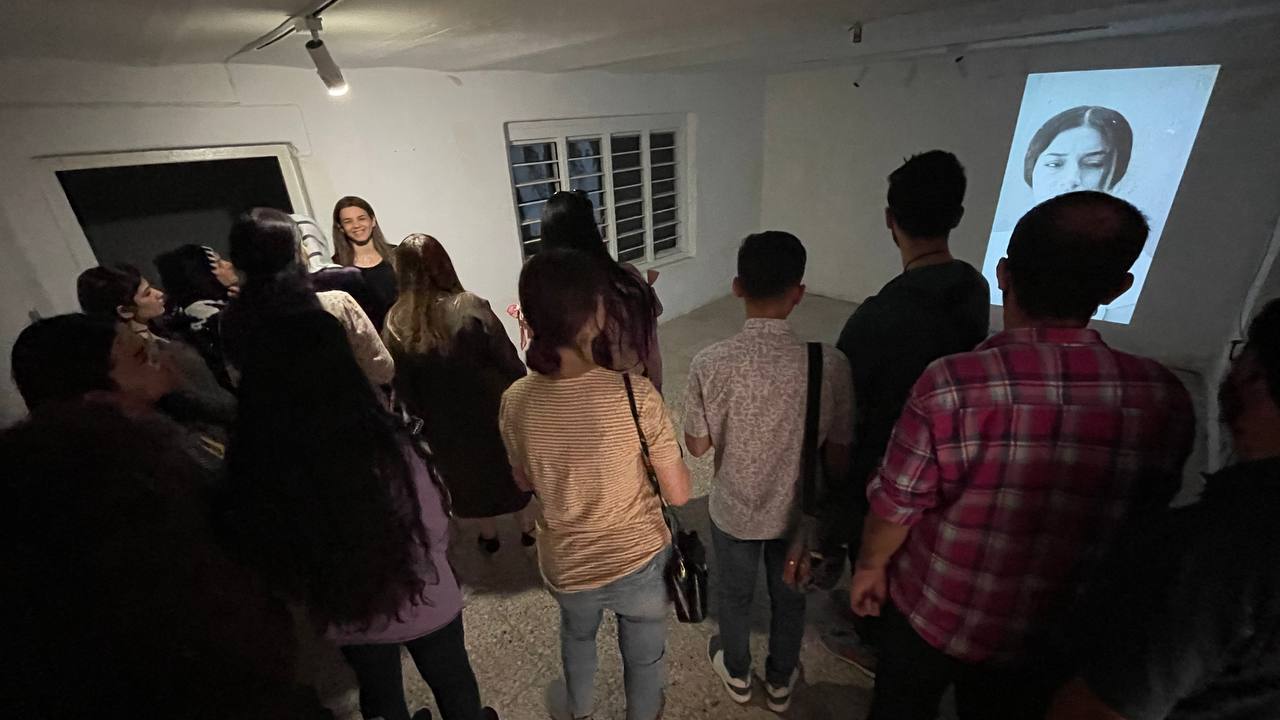 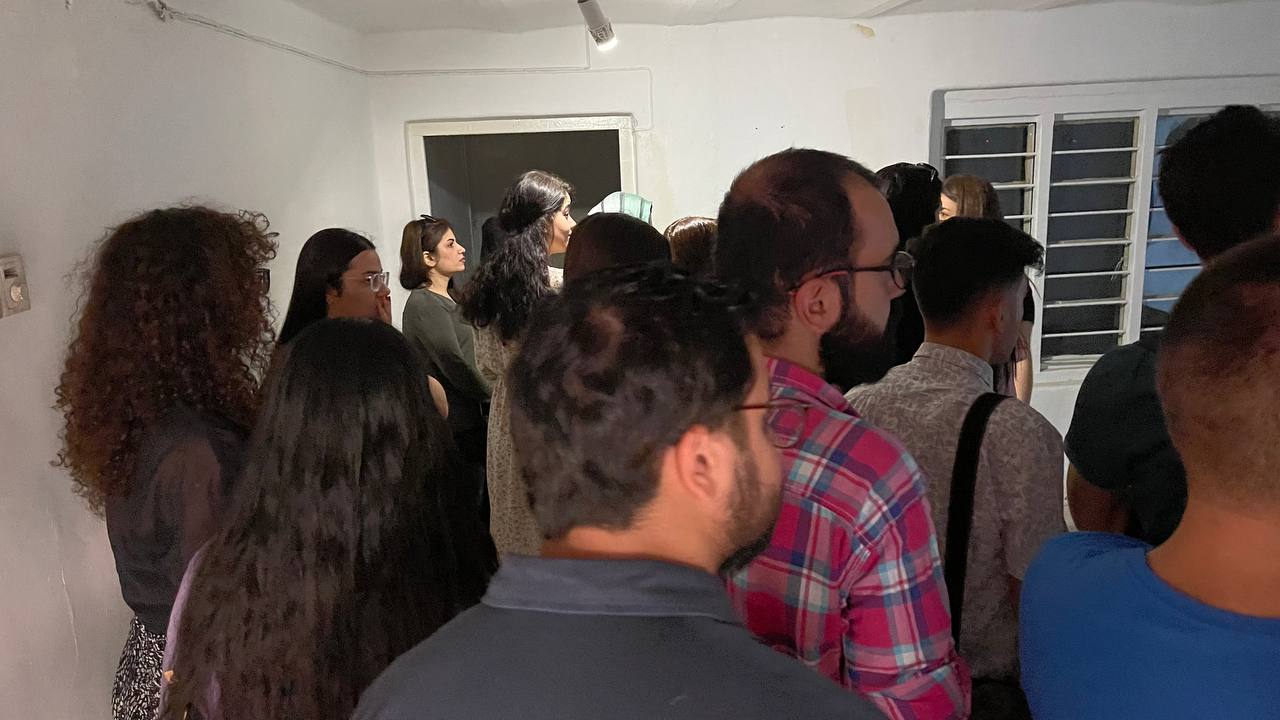 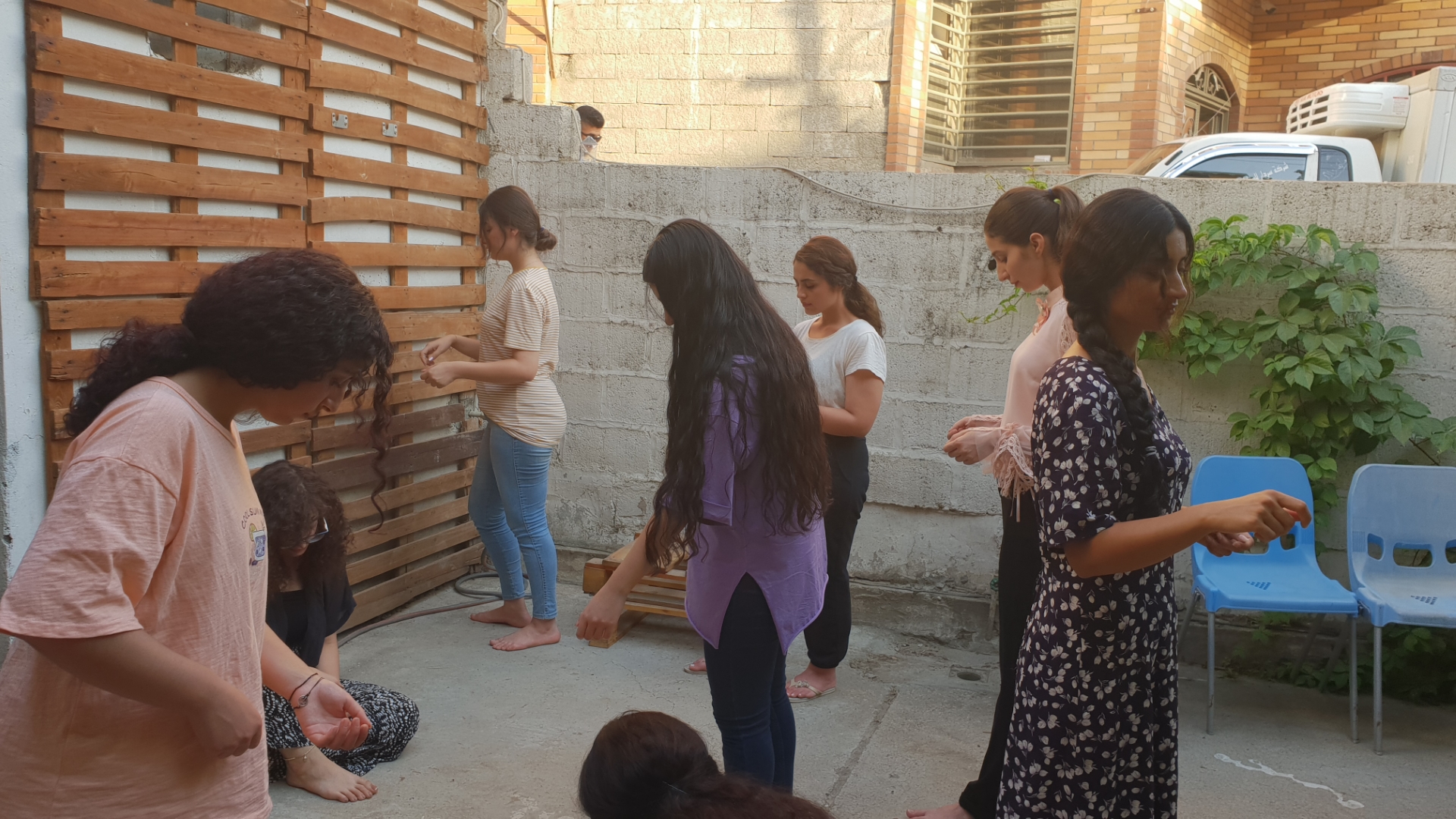 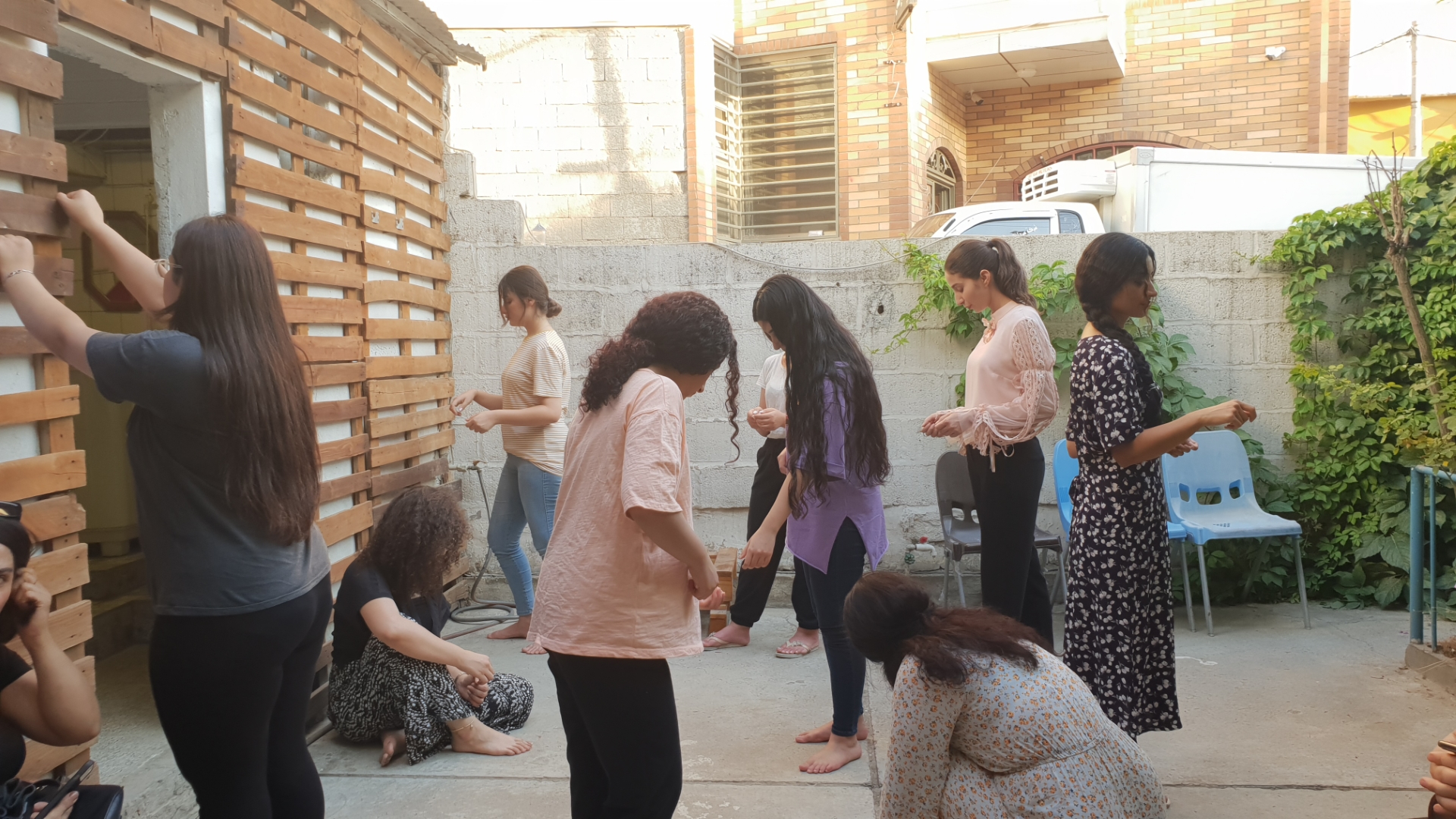 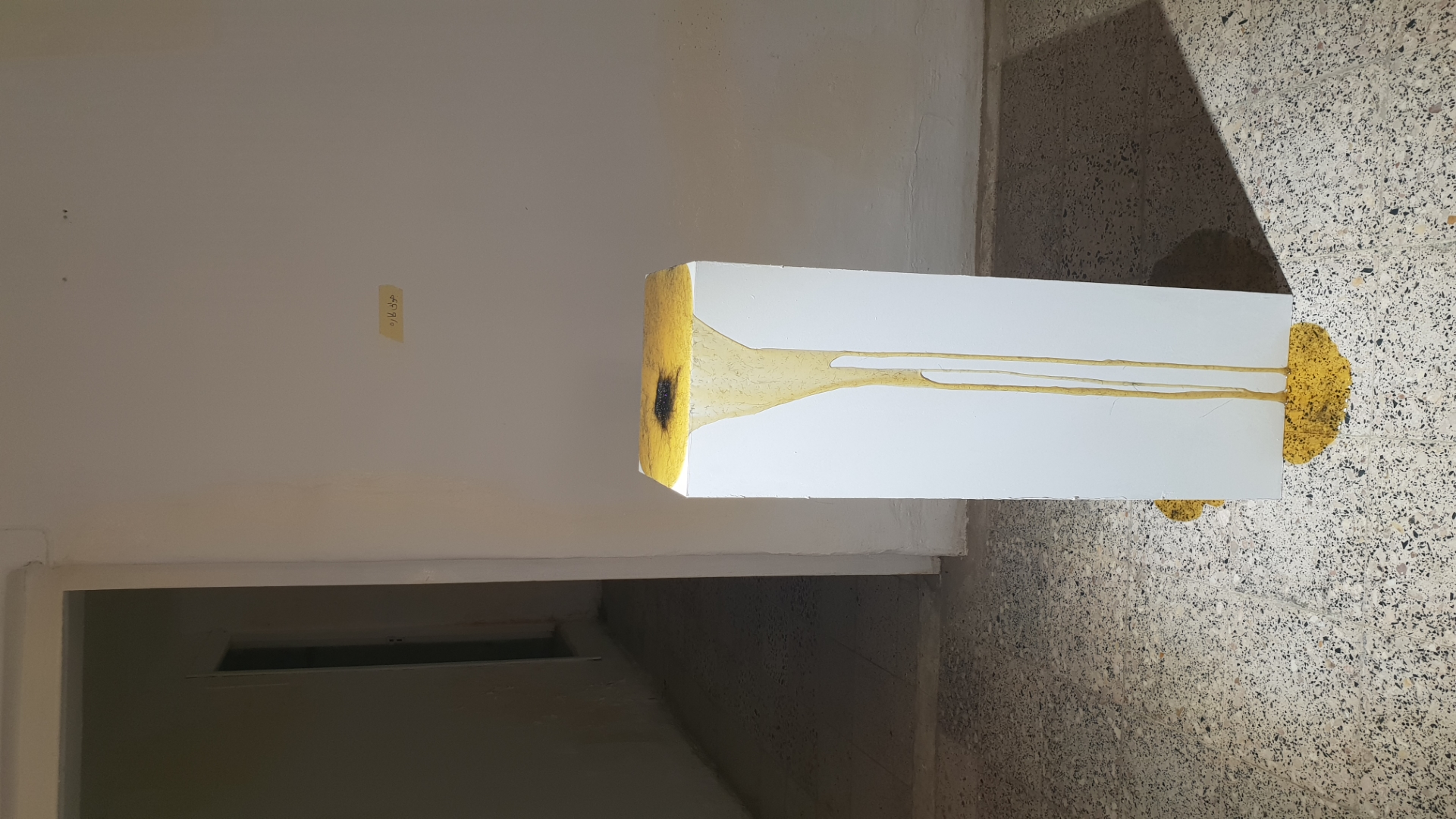 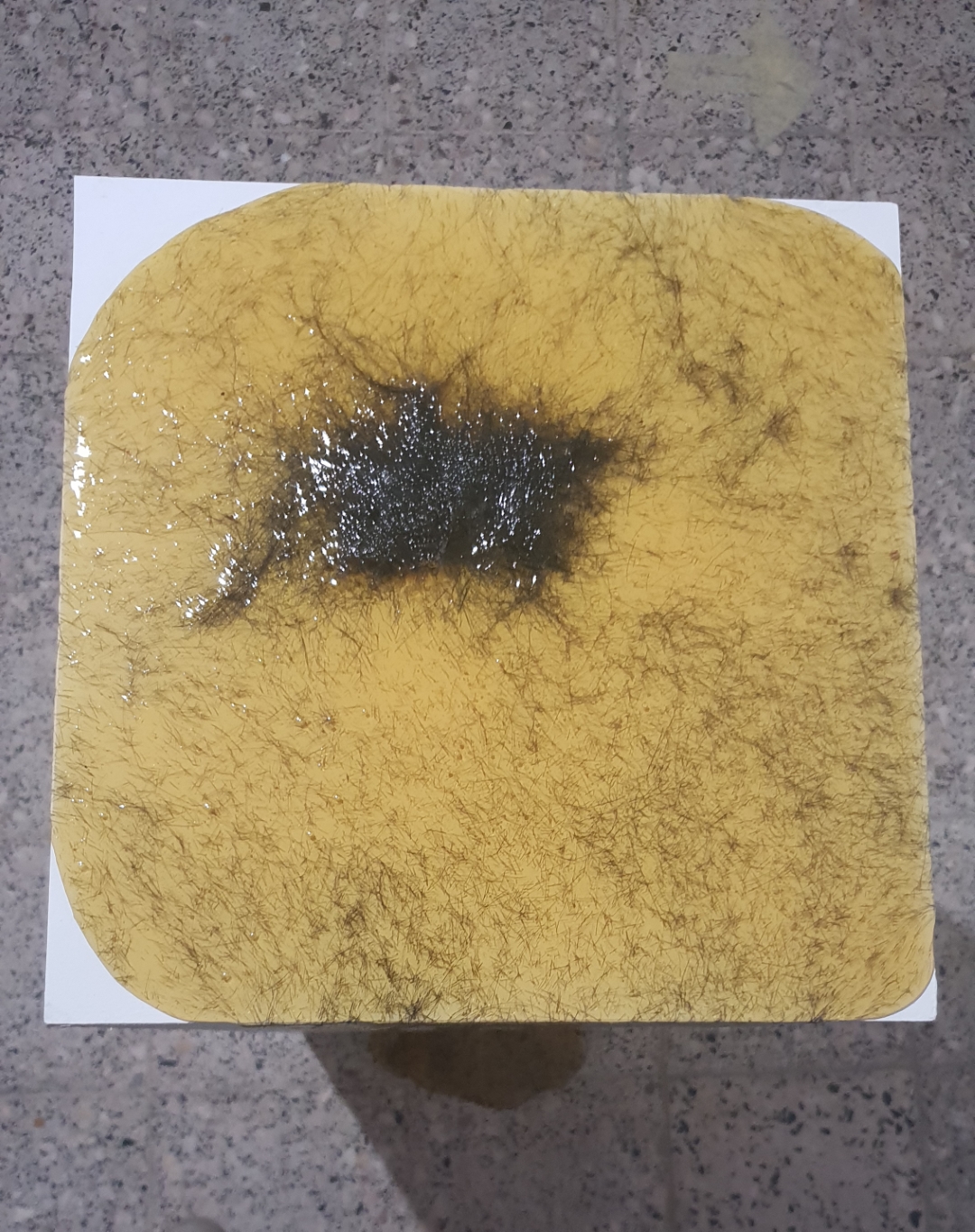 The Fly: A video art, that displays a woman face that has flies around her face. The work depicts the relation between women and the flies. The character defends her face with facial movement, do not use her hand. Relevantly was a passive move against the flies. The duration was three minutes and repeated consistently during the show.

From there to there: Another performance was like an event that has done by two female characters. Two women carrying a rolled carpet 3x4 m in the busiest place in Sulaimani from (Dara swtawaka) to the art gallery in the middle of traditional Bazzar(Orzdi) . They were put it on their shoulder until preceded their location. They communicated with the citizens, all the worker and masculines. They improvised so naturally and experimentally with the designs of the road, the shops,wagons and cars as much as the people around, until they had arrived at their destination. The whole journey was documented by Hazha Khalid.

Millstone: A video works. The millstone with written numbers on it, similar to clock shape is spinning by a woman’s hand. The duration is four minutes and is repeated constantly during the show.

Beautifulness requires its works: An installation artwork made from the collected wax (hair removes). It means that the females use to remove their body hair. It had collected from beauty centres and specific places. This installation was presented on the pedestal. The shape of the work had changed all the time, it was a dynamic installation due to the unstable shapes of the wax.

Action: A performance of half-hour. Nine women have participated as a part of this performance. The idea was pausing or standing as a status during a duty such as putting threads in a needle, cleaning the house, watering, washing dishes and laundry. All the nine participants were acting one of this daily work that they were chosen by themselves. During the whole 30 minutes they all were still stand as a statue while they were showing house chores.

As described above, after an hour of the show, the panel had opened for the discussion. The female participants started to exchange their experiences and highlight some issues and challenges that may face them from time to time. The presentation was simplified to be understood clearly.
This project was built to converge two different sects in the society such as experts and ordinary citizens. Those two characters were contributed strongly to enhancing the subject that we have worked on. We have tried to manage as much as we can to have a variety of ordinary people, from different background in terms of age, education and occupation. Nowadays women obligations in the local society have doubled. It is overwhelming because of the two different areas that they have been involved such as home and the works that they do outside home. It has fewer professional developments with the time age. It means the outcome of their effort has fewer achievements compared with the actual time. Through the discussion of those women who were invited to speak, lots of issues and subjects came up which was pushed the audience to be strongly involved with the discussion as well.

Awara Xan: A midwife, artist and sometimes political involvements. She had a wonderful presentation that covered her majority of life experiences through mentioned fields. During her speech, was emphasized the balances that have been discussed by the others. She had a joyful discourse that analysed the main lines for caring for kids etc. It is a female duty in our society. She was super proud of being a contributor to assist her son in constructing a house. How she was labouring, carrying bricks and supporting financially.

Nasreen Xan: A taxi driver for the last four years in Sulaimany, Kurdistan Region. It is an unusual job for females in a patriarchal society. She has managed her house duties for evening and night time but, the drive during the day. She believes that women have more passion to deal with the job because men get irritated, tired and bored easily. She has mentioned at the first stage people were hesitating to be onboard with her because she is a female. Nowadays, became familiar in society even men would be onboard sometimes. Nasreen is happy with her occupation.

Ms Saza Adil : A young single mother with her two kids. Saza had described the tough moments that faces single parents. The community barriers and rituals ban the freedoms. Plus, looking after the kids and working for having an income is a huge challenge. She had switched occupations many times such as design, makeups, retailer and recently making pastry. Saza is proud of her ability to non-give up and happy to do so.

Ms Shireen Ghani: A taxi driver for the last four years in Sulaimany, Kurdistan A chef for over thirteen years in many places. Although her financial circumstance is good, however, she does this for competency and joy. Shireen was saying when people give her compliments this motivates her more to continue. She wants to work and participate to improve the women situation in the society.

Ms Sameera Omer: She is an accountant. Her story was slightly different, Sameera’s mother was working in Tabaco factory. Due to the family’s situation, and mother job Sameera had taken over the home duties since a young age. These days she is an accountant at a private school. At the end of the day, she does her house job. Sameera made a simple question, why there is no equality and equity between parents, how can this overwhelm the unnecessary cultural rituals?